About equity, beyond worn-out talking points 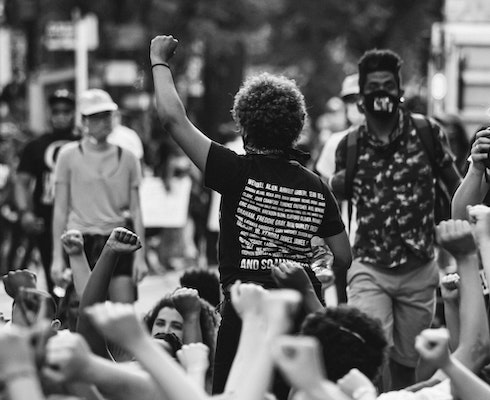 In some recent work with a number of partners in California’s Inland Empire region, over 400 area nonprofits were asked about how they were using an equity lens in their work. To our surprise, many organizations misunderstood the questions or did not even respond.

A lack of shared foundational definitions around terms like diversity, equity, and inclusion as related but distinct terms has become more obvious than ever. But, when asking grassroots organizations about equity and how they approach it, Gabe points out that the way questions are worded will influence the response. “Many of the nonprofits in this community were born out of the grassroots,” says Gabe. “When you talk about equity, that is a framework—often intellectual and academic. The lack of a response to questions about equity leads me to believe that we’re taking for granted that their very existence is addressing that problem.”

“The uncomfortableness about it is what’s going to make it possible to generate change with small steps at a time”.

The reality that things get lost in translation seems self-evident enough, and yet we don’t often find it in pithy consultant-speak blogs and white papers on equity for mission-driven organizations. Institutions and academics have their language for equity. Grassroots organizations are often living and breathing it. Even so, it’s important for the two worlds to be able to communicate, but through people who understand both languages. In fact, Gabe sees that as one of his most important roles: being a translator. “My job is to take what the oracles are saying, keep my finger on their pulse, identify more oracles, and translate it to the system and institutions that have influence on their daily lives,” says Gabe.

At the core, Suzie and Gabe recognize a fundamental need for better communication between the establishment-types and the people on the ground. What Gabe brings up underscores the need to be sensitive about not putting all of the onus on one party to learn the other’s terms of engagement. Working toward shared definitions is valuable, but as much as we can, lean on translators.

In making the point about translation, Gabe framed the different languages as “academic-speak” and “community-speak.” And while it’s important that the burden of understanding doesn’t rest disproportionately with one party, both the community-based organizations and institutions have relevant roles to play.

To build sustainable movements, know your role, and take care of yourself

The topic of roles might feel obvious and yet it is seldom found in the discourse around advancing equity. “It is literally about you figuring out the best way that you can play your role”, says Gabe.

We need to accept that fixing a social injustice goes beyond one individual or organization. That’s why understanding your role is key. “I would say consejos—in Spanish, “advice”—is first,” says Suzie. “If you’re a leader of an organization and you don’t have the strength and knowledge, seek it out. Look outside your organization for resources around leadership and cultural humility.”

The importance of cycles—particularly in framing the policies and practices you implement as measures of advancing equity also stands out for Suzie. The conversation has heretofore been dominated by why it’s important rather than how to do it. But moving beyond that should not at all be a linear approach. It is more of a cycle—moving through why and how, then back to why again.

“The closer you are to social justice work, the more resistance you’re likely to feel”.

“Once we were able to have folks understand why it’s important, we do want organizations and leaders to have a framework around what they can do,” Suzie says. But once you have a list of actions and interventions, sustainability also hinges on being able to articulate why you’re doing what you’re doing. “Whether that’s around board recruitment or having HR policies around who you employ, it’s important to bring it back practically to why it’s important for those things to happen—why you are doing those things,” says Suzie.

A linear approach can lead to arbitrariness and tokenization. “There are many institutions that hire the Black or brown person thinking that that’s contributing to equity,” says Gabe. Organizations that take generic actions without being able to articulate why need to take a step back and, in Gabe’s words, “rapidly get about the business of [identifying] the everyday needs of the population you are called to serve.”

The policies and practices geared toward advancing equity should involve the people we serve, and be for their benefit, both Suzie and Gabe agree.

“As institutions, one of the things we really need to do is tap into our stakeholders,” says Gabe. “There’s no better place to start than by having those populations at the table in a decision-making capacity—hiring them as consultants, making them leaders in your institution. And if they’re your line staff, empower them to make decisions.”

Making that connection might seem more immediate and actionable in a direct service organization like Gabe’s, and trickier to do in a capacity building organization like Suzie’s. But the truth is that IECC was actually born out of a similar principle—specifically a need for greater self-determination and integration of Inland Empire nonprofits, many of which are led by people of color and serve people of color. “We had scathing reports about the capacity of nonprofits in our region, and we came to be as a response to those studies,” says Suzie. “We resolved that we ourselves had to take control over what that conversation was going to be about. We had to demonstrate that we had the capacity…that there were good nonprofits here.”

One resounding message about advancing equity that should be more mainstream is that resistance is part of the process. In fact, it’s probably one of the best indicators that you’re actually doing work that’s geared toward change.

“The uncomfortableness about it is what’s going to make it possible to generate change with small steps at a time,” says Suzie. Even in a collective as diverse and focused on equity and social justice as IECC, pushback happens.

At the latest IECC annual conference, inviting a speaker to talk about white supremacy as part of the plenary session was met with discomfort. “I felt like his voice was an important one to hear on this issue. I thought it was a good way to start the conference and set the tone.” But Suzie says she was surprised by the reaction from some of her own colleagues for whom the title of the talk invoking white supremacy as something to dismantle, was aggressive—even offensive. “I pushed back,” Suzie says. “I thought, if we can’t start having a conversation among ourselves, how are we going to change? The purpose of the conference was to come to a place to have a conversation without judgment.”

Gabe agrees. “The closer you are to social justice work, the more resistance you’re likely to feel”.

The very nature of advancing equity and social justice is moving the needle on outcomes within a broken system, in spite of—not because of—the parameters and limitations. It sounds daunting, but as Gabe and Suzie suggest, you’re on the right track if you can keep the conversation focused and specific.

At the end of the day, every effort counts! “Maybe you can’t pass a law,” says Gabe. “But what you can do for sure is address a specific occurrence. This way you will begin balancing equity in the population you serve. That’s nothing that requires a think tank discussion or an advisory meeting.”

Susan Gomez is the President of the Inland Empire Community Collaborative, an association of  67 non-profit agencies working together to strengthen our organizations and improve outcomes for individuals and communities throughout San Bernardino & Riverside County. Prior to becoming President of the IECC Susan was the Executive Director, responsible for the leadership of Another Way, a volunteer nonprofit organization made up of employees of Inland Regional Center. In 2020, Susan joined the Caravanserai Project Board of Directors 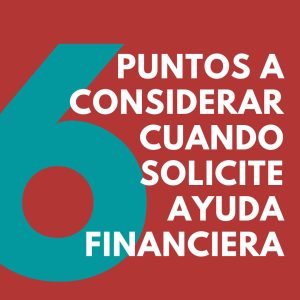 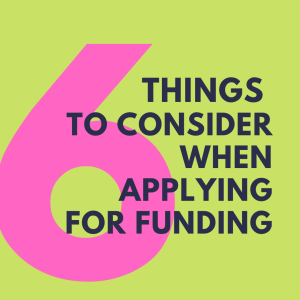 6 Things to Consider When Applying for Funding 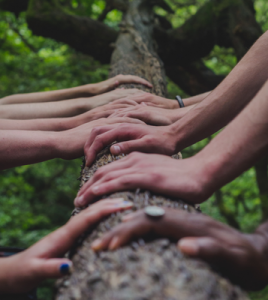 Inclusive Leadership for the Future Workplace 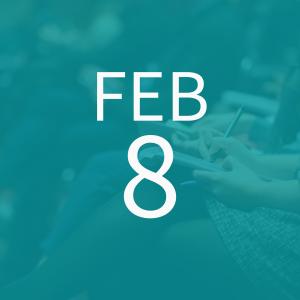 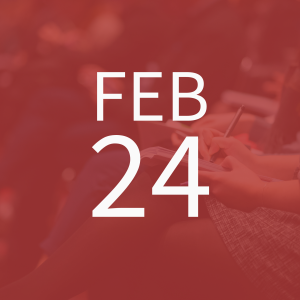